At times the tranquility of a small town incubates creativity and talent, that when realized, scales international acclaim. From a town whose population barely reaches above 1,000, Strattford, Virginia native, Noah Kahan’s music has reached millions. Kahan has been writing music since he was eight, but in 2018 his single, “Hurt Somebody” featuring Julia Michaels, made it’s way around the world and netted over a … END_OF_DOCUMENT_TOKEN_TO_BE_REPLACED 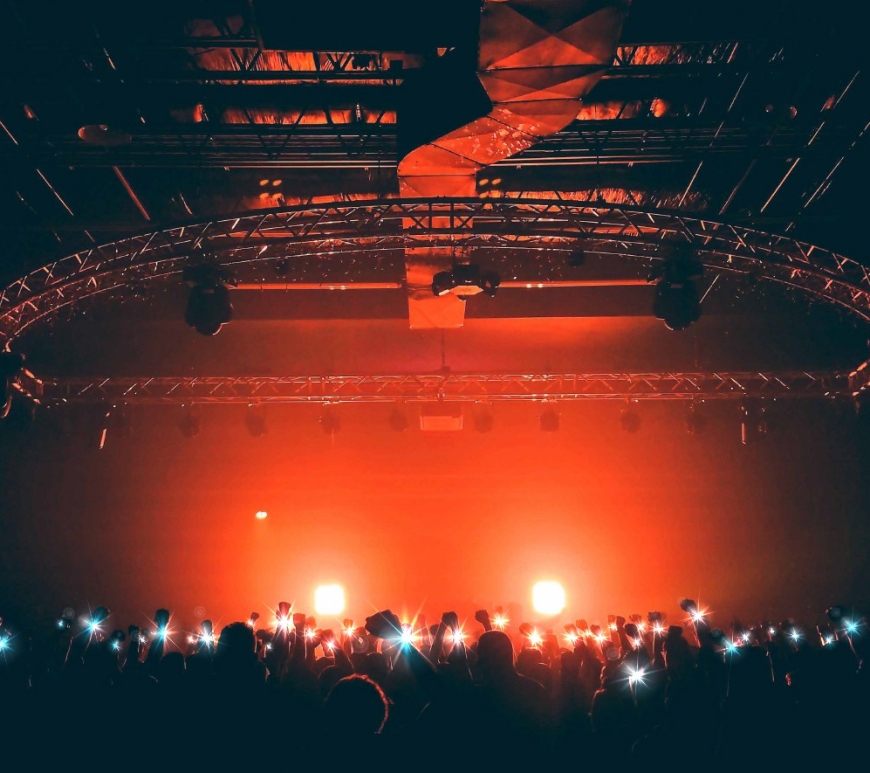 “Hurdl jumps the hurdles to allow artists to talk to their fans directly, no matter the event, ticket seller, contract, promoter, or venue.” Betsy McHugh, Founder & Chief Product Officer explained. This tech start up uses LED wearables to give entertainers the ability to interact with fans during performances. From inception, McHugh was motivated by the importance of saying thank you, personally. That premise now … END_OF_DOCUMENT_TOKEN_TO_BE_REPLACED 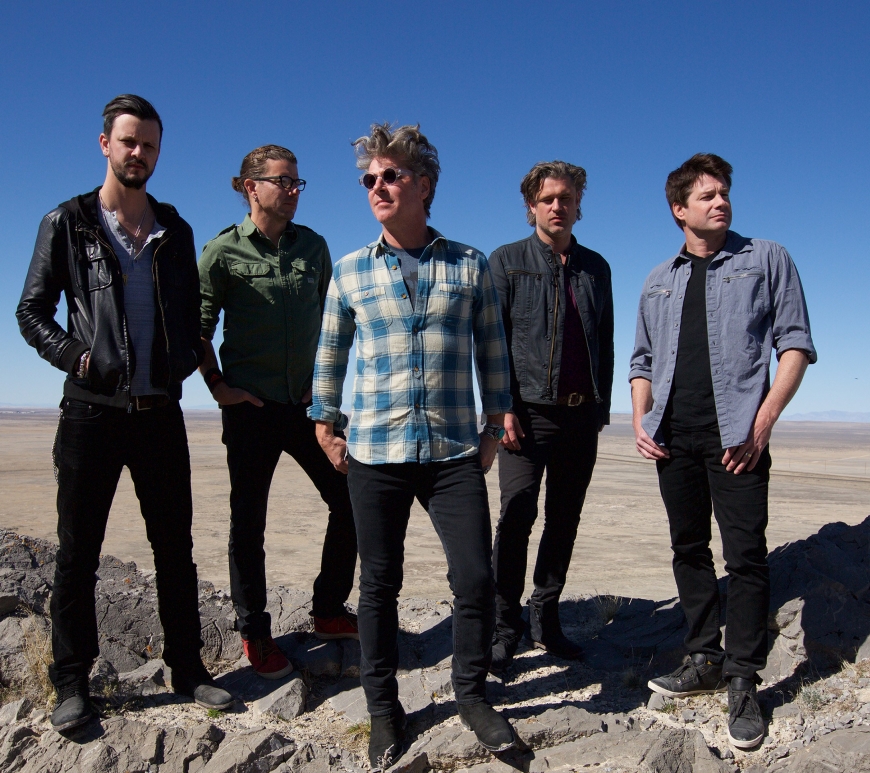 “We’ve been excited that next year marks the 25th anniversary! I’m excited for the situation we are in and to be a part of it!” END_OF_DOCUMENT_TOKEN_TO_BE_REPLACED

Rachel Price is a small town girl, with as genuine a spirit as one could come by. It’s no surprise that her music and voice denote a purity, tempered with strength that bring a unique warmth to the music she creates. Earlier this year, Rachel released an EP that is fittingly entitled, Something New and it landed her on the road opening for The Wind and … END_OF_DOCUMENT_TOKEN_TO_BE_REPLACED

Contributed By: Jake Schell Hot sand, palm trees, and calm waves. When you think of the city of Boston, this might not be the first image that appears in your mind. However, with the growing success of Boston-hailing Tipling Rock and their unapologetic beach vibes, the city might just have a new reputation. Three of the members, Ben Andre on vocals and guitar, Tommy Schubert … END_OF_DOCUMENT_TOKEN_TO_BE_REPLACED

Contributed By: Jake Schell In a world full of ambitious artists, it can be hard to break through the noise (literally) and create a sound that is both unique and delightful to listen to. However, since Doc Robinson’s latest album release, Ring of Love, they’ve done just that. Their sophomore album is a perfect addition to their already impressive debut album, Deep End. The Columbus, … END_OF_DOCUMENT_TOKEN_TO_BE_REPLACED 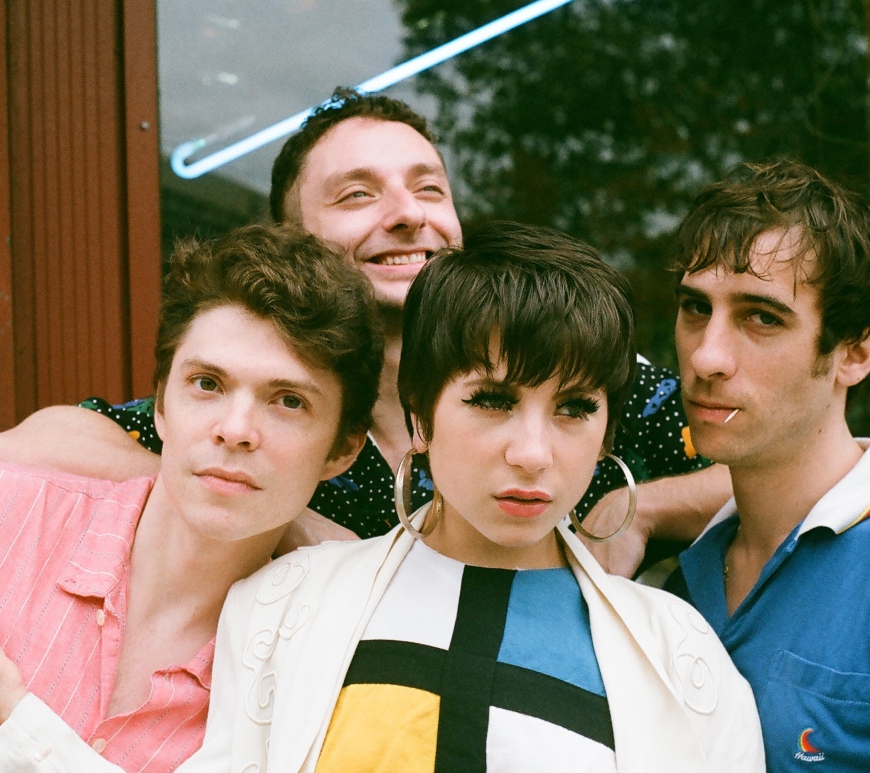 Chloe Chaidez, founder and leading lady for the spirited Pop/Rock band KITTEN has been attracting fans and generating buzz on music charts since 2009. But the path to success hasn’t always been as smooth as the hooks in her songs. Recently relocating from Los Angeles to New York City, she essentially rebuilt the band after nearly a decade saying, “I started working with some musicians there. … END_OF_DOCUMENT_TOKEN_TO_BE_REPLACED “I believe my voice and soul should connect the dots and speak volumes.” Haley Reinhart began. And since her debut on American Idol during season 10, the third place runner up has done just that. END_OF_DOCUMENT_TOKEN_TO_BE_REPLACED

To say Cairo Gold has a textured artistic style would be an understatement. With vocals reminiscent of Amy Winehouse and eclectic influences that range from east and west coast hip hop, to the classics like Nina Simone, she is cutting a refreshingly original path in the music industry. He self-titled EP debuts a healthy sampling of what she is capable of and there is more music to … END_OF_DOCUMENT_TOKEN_TO_BE_REPLACED

You can’t hardly turn on the radio without hearing lovelytheband’s infectious hit single “broken“. Little did the band know, that the title of the track would serve as a self-proclaiming prophecy. The single birthed in honesty and struggle has broken records, holding down the number one spot on alternative radio longer than any other in 2018. Former Oh Honey singer Mitchy Collins revealed, “I wrote it … END_OF_DOCUMENT_TOKEN_TO_BE_REPLACED

For all media and coverage requests please email: thefeaturestory@gmail.com